One of my favorite things about hosting weddings at Keswick Vineyards is being able to witness different cultures and their wedding traditions.  On Saturday, September 30th, Katie and Ben were married surrounded by their family and friends.

The day started out with the Chinese tradition of a tea ceremony.  The events that led up to the tea ceremony were so much fun for everyone to watch.  It started with the groom and his groomsmen skipping their way to the pool gate.  On the other side were the bridesmaids.  Ben had to convince them that he was worthy of Katie’s hand in marriage.  So, the bridesmaids had several games he had to pass in order for them to grant him access to her.

For the first game the groomsmen strapped an empty Kleenex box around their waste.  Inside the box was jingle bells.  They had to shake their boxes so the bells would come out for the groom to catch in his box.  The amount of bells caught would represent how much he wanted to marry Katie.  He passed that test!

For the second game the bridesmaids figured out a way that Benjamin would never forget how to spell Katie’s name.  Each groomsmen had to put on a diaper.  With a sharpie in their mouth, they had to each write a letter on the back side of a diaper to spell out her name.  He also passed this test!

Finally, Ben had to practice on his groomsmen how to make Katie’s toes curl.  The bridesmaids would direct different locations for Ben to lick whip cream off of each groomsmen.  Ben and his groomsmen were all very good sports and he passed this test also which proved he was cleared to marry Katie.

From that point, the formal tea ceremony started.  Each set of parents were presented with some tea from the couple as they kneeled and received blessings from their parents.  Now, a quick bit to eat and it was time to get ready for the Western American ceremony.

Katie & Benjamin chose to be married closest to the vineyard with the mountains in the back ground.  The weather was just picture perfect.  As they exited the ceremony guests blew bubbles to join in the celebration.  While the couple went to take some more photos, guests enjoyed cocktails and appetizers.

Once under the tent, dinner and dancing was on the schedule to last the rest of the evening.  If you will notice, they decided to change the color of our up lighting in the tent to purple.  To finish off the evening, Katie and Benjamin enjoyed taking some funny photos in the photo booth. 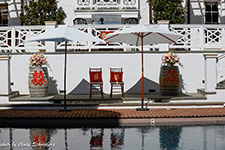 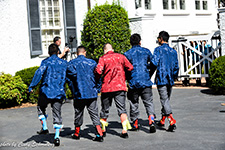 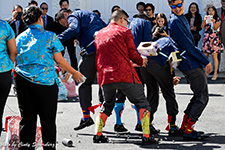 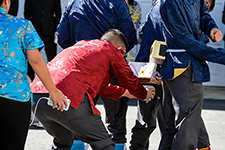 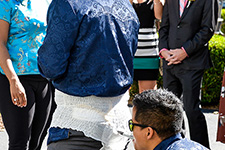 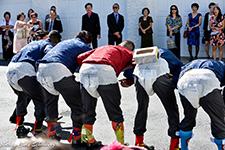 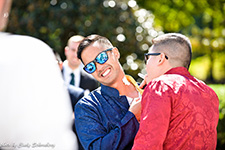 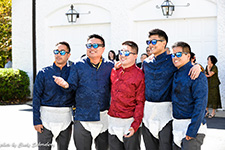 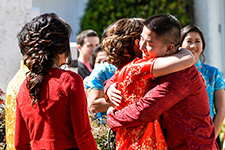 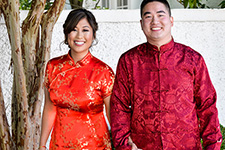 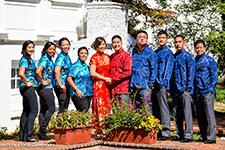 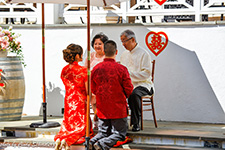 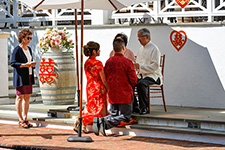 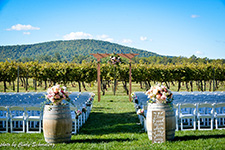 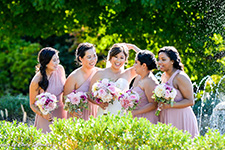 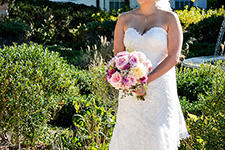 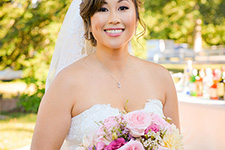 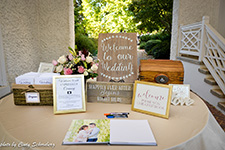 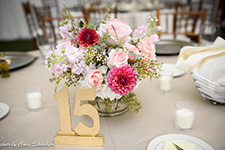 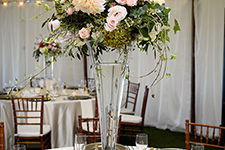 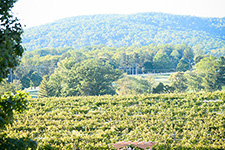 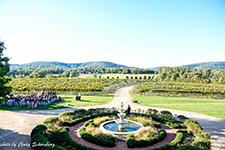 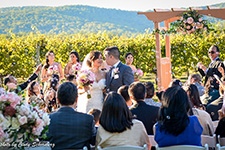 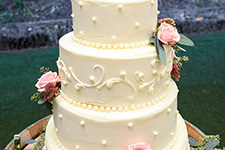 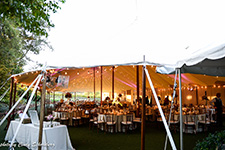 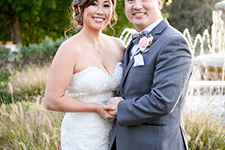 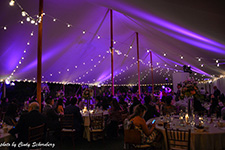 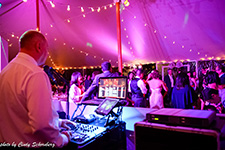 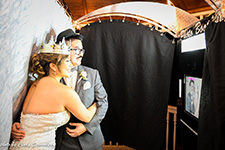